A relentless focus on automating repeatable steps in the process, allows them to spend more time on what matters: telling a great story. 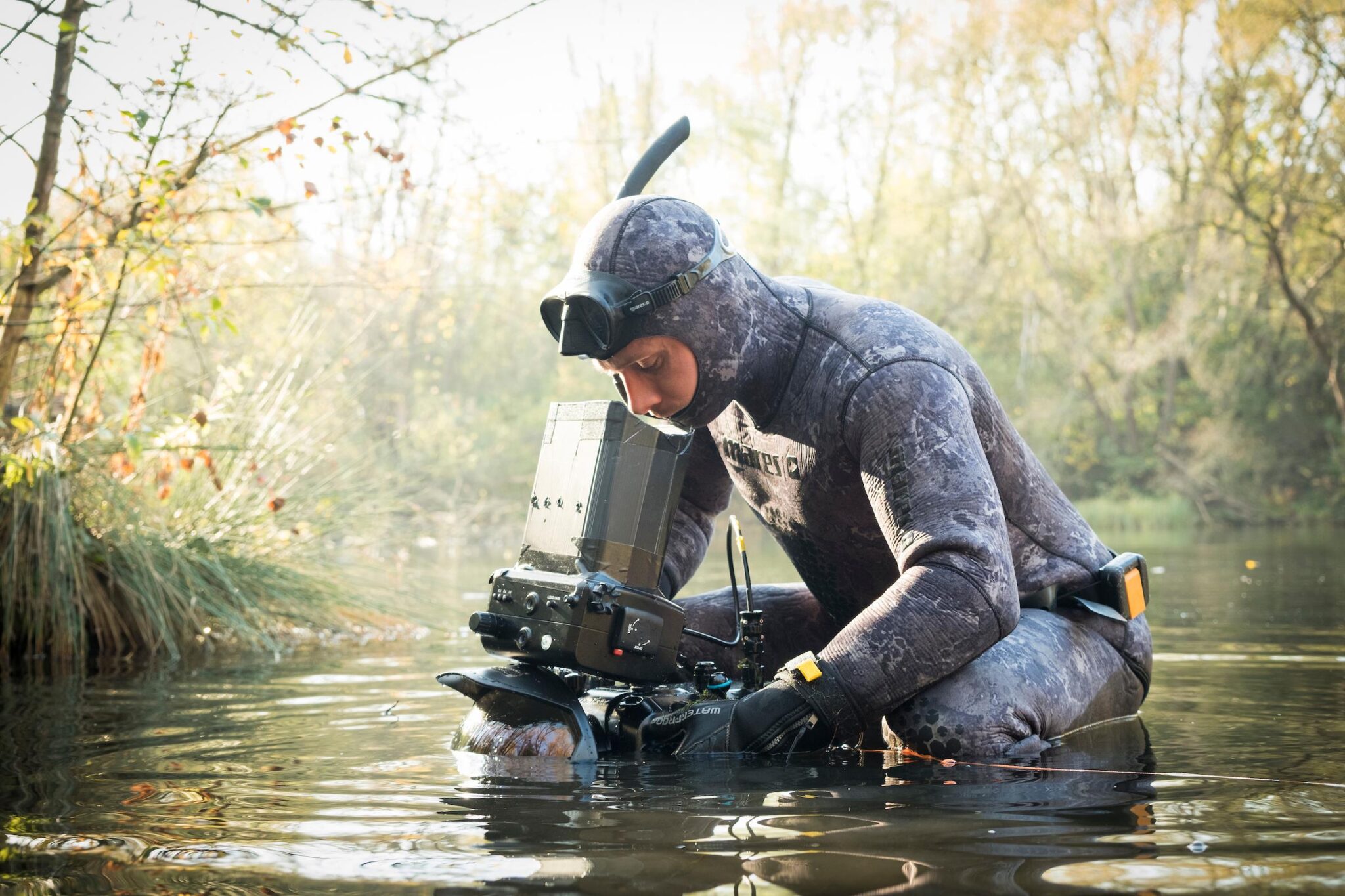 Hotel Hungaria at a glance

Setting up a cost-effective workspace for documentary, and in particular for a long-running wildlife project like ‘Onze Natuur’, has many challenges.

‘Onze Natuur’ is an ambitious wildlife project. During two years and a half, Hotel Hungaria shot 1700 hours of original footage mostly in high-resolution formats. In total, they shot 500TB of content for this project only, which is primarily stored on LTO to manage the cost and the environmental footprint of the project. However, LTO has its challenges in terms of accessibility and in particular allowing remote editing, and this is where Limecraft came in.

“Before the project, we would keep all material alive on Dell Isilon near-line storage, and eventually back up the project on tape when finished. Using Limecraft and their ability to back up directly to LTO we were able to reduce our near-line storage cost by 30%.”, explains Olivier Struyven, head of Post-Production & Technical Operations. By executing the backup process early in the workflow, Hotel Hungaria wanted to improve the overall security situation and to use cheaper near-line servers, compared to conventional production servers optimised for maximum performance and security.

In these, the key advantage of using Limecraft is accessibility. All available material fragments are easily searched upon and assessed in a human-readable style. Upon successful ingest, material fragments are automatically secured on tape whilst they are instantly available for pre-cutting without further human interaction. Moreover, when Limecraft copies the rushes to the near-line storage, Limecraft uses configurable and human-readable file names.

As an LTO set-up costs only 10 euros per terabyte, the faster Hotel Hungaria gets material on tape, the better. “Any material that enters the facility goes straight on tape so we can delete it with confidence from near-line or online storage. Because all material is systematically backed up on tape, we were able to use a more cost-efficient server and we can use smaller servers. To ensure maximum protection, Hotel Hungaria uses a dual backup. As a result, Hotel Hungaria now manages significantly more material using less near-line storage thereby reducing cost and environmental footprint.

On-premises vs. cloud: three questions you need to ask yourself

One of the advantages of using Limecraft is the flexibility of use. We can instruct the ingest service to create one or more backups upfront and make available material on near-line storage, or alternatively to restore from tape when needed. In either configuration, archiving and restoring are fully automated processes. Restoring from tape is an intelligent process: Limecraft only puts back the selected list of clips rather than entire tapes or projects.”, says Olivier Struyven.

“When restoring material from tape to near-line storage, it becomes instantly accessible through Limecraft. That’s why our people like Limecraft.”

Before using this approach, Hotel Hungaria would typically discard the rushes upon successful completion of a project. The masters would have been kept, but not the rushes. Using LTO and Archiware, Hotel Hungaria is now able to keep a backup of the rushes as well. Even if the probability of retrieval is 1% or even less, it is worth storing the rushes to the extent the storage is cost-effective and the shots are retrievable. Using Limecraft, Hotel Hungaria’s inventory of raw materials remains available and accessible as stock footage.

All material ingested on tape and or near-line storage via Edge is instantly accessible through the Limecraft workspace, internally and externally. It is an excellent solution to improve collaboration and allow remote post-production. At the same time, Limecraft hides the underlying complexity of file format conversions, file transfers, archive and restore.

“We have great cold storage management, which in return allowed us to optimise server size, server cost and virus protection. Those are the three most key reasons for using Archiware / LTO. Limecraft gives us a front-end to render the full archive available and accessible. Limecraft is using low-res proxies to ensure instant access, but they remain connected to the high-resolution versions. The proxy-based workflow combines the convenience of cloud-based collaboration, with the ability to conform and finish in the highest available resolution. That is worth a lot.”, says Olivier Struyven.

The key advantage of using Limecraft as the main user interface is its behaviour as a live front end giving access to the archive. You can play out rushes from a long time ago, as well in case they have been removed from the near-line and online servers.

Hotel Hungaria runs a lot of their production and post-production not in the office. Video editors download and upload their projects in Limecraft, and these are automatically backed up on LTO. Limecraft ensures these transfers are secure and well-managed, saving edit assistants a lot of time.

“Just use it, you’ll save so much time.”

“One of the main reasons why we back up on LTO as a first step of the ingest workflow, is to avoid Malware-related issues. Suppose we are subject to a ransomware attack, LTO is cold. In the worst-case scenario, we would lose no more than the last ten terabytes of a tape, assuming that tape gets infected in the first place.

In our workspace, we use read-only near-line storage servers. No one can write anything at all directly. Only Limecraft has write permissions.

Due to the combination of the automated backups early on and Limecraft providing the workspace on top, we could reduce the functionality of the near-line and online servers. Setting these up read-only in turn is a very solid security measure, ensuring it is a safe haven for our content. It also protects against the loss of files due to accidental removal. This is the main reason for considering the use of LTO at the very beginning of the process.

Another key argument to support this approach is that the server archive will remain accessible, also in the unlikely event that Limecraft would become inaccessible. It was a design requirement, which we hope will never have to activate.

The LTO backup process is essential to allow for recovering complete projects. To make sure nothing can get lost, we operate two backups. These are completely separate setups on two dedicated machines, and two separate Archiware licences.

Doing so, we are also secured during tape changes, which happen frequently. When the tape is full, the backup can’t be executed. That’s why we decided to set up a process of dual-separated backups.”, says Olivier Struyven.

Using proxies, Limecraft creates any overview the user may need. Limecraft’s configurable user interface is a huge plus. Archiware, or LTO software in general, usually doesn’t create proxy files. So in case you want to recover a clip or a specific collection from tape, you would need to restore everything and then see what you need from it afterwards.

“What I like about it the most, is that users can instantly view and listen to all their footage. As well when projects are archived, we still have those proxies. Using the workspace, we can search for material fragments, pre-cut a storyboard and securely share collections online. Upon export to post-production, Limecraft instantly retrieves them from LTO rather than restoring the entire tapes or projects.

One of the key advantages of our setup is that we operate demanding productions using relatively small and cost-efficient servers. At any time we can view the footage in low resolution, to which fragments need to be retrieved from the tape. Archiving on and restoring from tape are lights-out processes, there is no manual work involved.

More importantly, Limecraft is vital in the sense that it ensures access to footage at all times, regardless of the specific location of the footage or the physical location of the user.”, says Olivier Sturyven.

‘Onze Natuur’ went live in September 2022. Hotel Hungaria had people working in The Netherlands, working from home and the office. For the feature film and six episodes of the series, they edited no more than 40 days in-house, while the vast majority of the work was done externally. Using Limecraft, editors can download rushes at home, edit, export and re-upload edit projects in AAF or XML format. By doing so, they can exchange work with each other, they can forward screening versions for review.

Production, post-production and marketing departments can easily retrieve images for communication purposes. Without the further intervention of edit assistants, they created the websites onzenatuur.be and notrenature.be. Including automatic creation of subtitles on the video.

This is a common approach for other formats as well. “We make the masters accessible, and the social media department just downloads them. Instead of managing all sorts of transcodes and file transfers, we can just give a link to the project and extracts are automated.

‘Our Nature’ became a true 360° story, in which Limecraft played a technical pivotal role. As soon as the material was on Limecraft, we were able to massively reduce the number of non-essential tasks in post-production.”, says Olivier Struyven. 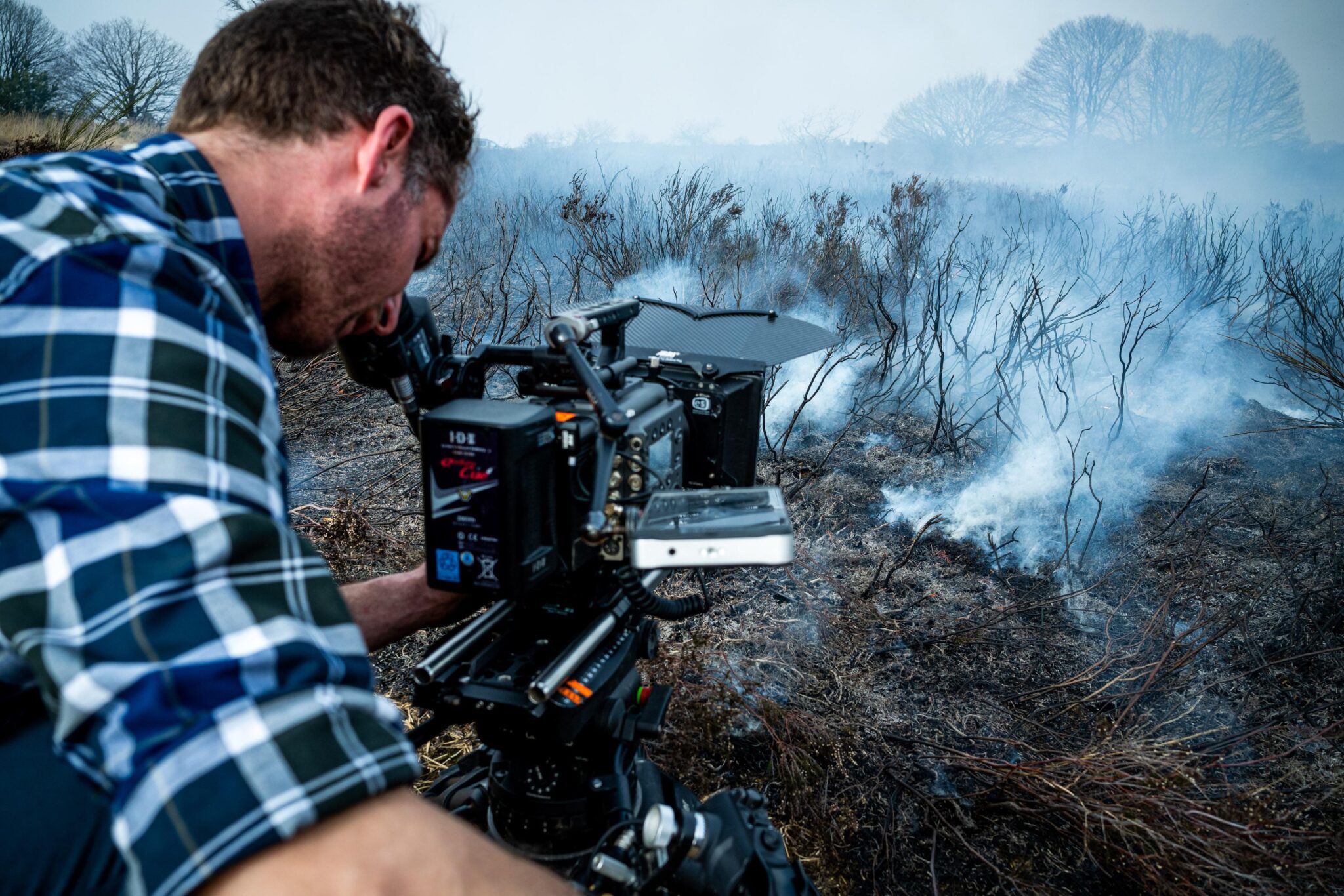 Hotel Hungaria media and marketing company is known for TV programmes such as Dagelijkse Kost, Goed Volk, Topservice and the Ketnet series Helden, Hoodie and Olly Wannabe. Today, Hotel Hungaria is an All-In Storytelling Agency where more than just television is made. Hotel Hungaria is also a strategic partner for brands in the Brands division and has extensive expertise in storytelling for brands from different sectors.