Chances are that you attended IBC last week in Amsterdam, the place to be for media technology experts. With a record attendance of almost 56,000, IBC proves its relevance to an industry undergoing incredible change. 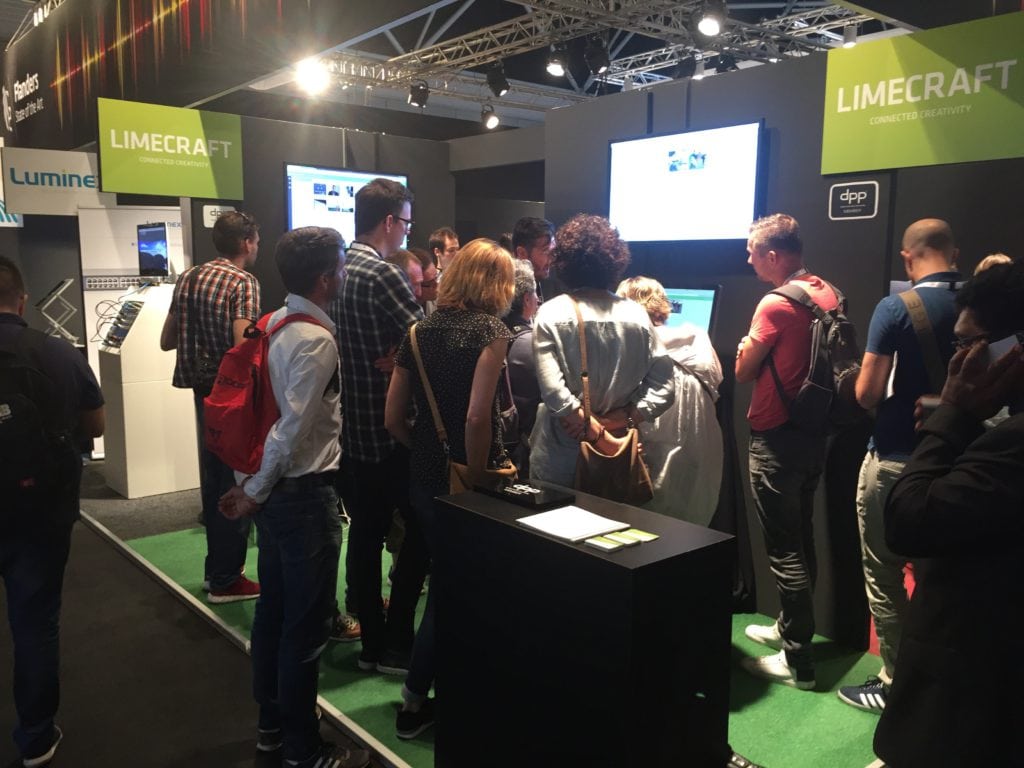 Change was as well the theme of the conference (“Transformation in the Digital Era”). The fact that 249 out of 1800 were first time exhibitors, predicts a most interesting future.

While IP studios, software-defined networks and big data were competing hard for attention,  over-the-top (OTT) or online (streaming) distribution and cloud technologies crystallised overnight and are hitting the market as we speak. On another note, the cacophony in the VR landscape suggest we still have a long road in front of us before 3D will be commodity.

Cost Reduction, increasing Product Complexity and need for Speed drive outsourcing and partnerships, hence creating a need for cloud Technologies
There’s pressure to innovate and bring new business models to market and to do it fast. Our industry is not just changing, it is transforming at a much faster rate than most other industries because products are now born digitally,  networks become more and more performant and because we are getting comfortable with new workflows and innovative man-machine interfaces.

The desire for flexibility and agility in the face of greater complexity and cost reduction creates a huge demand for cloud technology. Tier one players like BBC and VRT recently procured cloud-based services on a large scale from AWS and Azure, at least on the level of the infrastructure, while smaller players rapidly move over entire production platforms to the cloud.

Traditional vendors like Arvato (“Media Portal 1.0”), Avid (“Avid Everywhere”) and Adobe (“Connected Creativity”) started playing the drum and they are now facing the challenge of execution. Because turning their commercial model inside out will take careful consideration and a lot of time, we expect real innovation will come from ambitious companies like Limecraft, Cantemo and Vidispine. All founders share a long standing background in the industry and are dedicated to bring the most creative solutions to market. It is not by coincidence that, despite being in the business for no more than 6 years, they can already rely on a loyal customer base of several established broadcasters and producers all over Europe. It is because all of them understood that collaboration is a fundamental ingredient to success, that commercial and technology partnerships are now more crucial than ever.

Online Distribution
NBCUniversal reported that the Rio Olympics averaged 3.6mn viewers in the age from 18 to 36 in primetime, 30% less than the 2012 Summer Games in London. Also, nearly 50mn viewers streamed 3.4bn minutes across the web to mobile and connected devices, with more than 50% under the age of 35. That is the equivalent of 200mn viewers in aggregate.

The convergence of broadcast and online (streaming) video is a given. Content producers of all shapes and sizes are launching hybrid platforms with some element of streaming delivery, whether live or on-demand. Combined with more mature technology and business models, direct-to-consumer services are proliferating, even though there are still many challenges to resolve. Nevertheless, according to the 2016 Big Broadcast Survey Global Trend Index from Devoncroft, the most commercially important issue over the next 2-3 years will remain multi-platform content delivery (broadcast, web, mobile, etc.). The big question is whether the industry is ready to make the required choices to address this issue. In this regard, the most important decision to make is whether or not to use a third party CDN to distribute content.

Companies like Brightcove and Kaltura will inevitably argue that the only way to maintain relevance for content owners is to focus on the production and marketing side, leaving everything else open for outsourcing to vendors. I think that would be a shame, as the focal area of the value creation is exactly in the gateway between the content producer and the end user. Hence I think public service and other broadcasters have a societal obligation to keep a significant stake in that particular segment of the value chain.

Big data often creates a lot of misunderstanding, because it is used in many different ways.  Virtually every company out at IBC had a meaning on the subject it wanted to put across, whether for understanding and predicting viewer behaviour better (Zappware), better search and recommendations (Think Analytics, TiVo), better content purchasing decisions (IBM), better security and anti-piracy (Verimatrix, Nagra and Irdeto) or even better network management (SkyLine Communications).

In the past we had BI (Business Intelligence), we had Neural Networks and Reasoning Engines, more recently we would rather use Big Data and given the current buzz and the urgent need for some to come up with something new every once and a while, chances are that next year we will talk about Deep Learning and Artificial Intelligence. But… wasn’t that the term we used in the early 50’s?

UHD arrived, almost
The migration to 4K has already started and is clearly turning mainstream, at least from a CE perspective. More importantly, innovative broadcasters like VRT and France Télévisions successfully ran first pilots using high dynamic range (HDR) and wide colour gamut (WCG) colour spaces, so we may expect these technologies to mature and become adopted by the broadcast community in 2017. The combination of 4K resolution and HDR (High Dynamic Range – more colours, more brightness, more contrast) provides viewers with a rich and closer-to-cinema experience which makes it certainly worth an upgrade.

VR, Fashion of Fad?
It was hard to escape virtual and augmented reality, often combined with 360 degree video.  Across most halls and especially in the Future Zone,  users strapped into VR glasses were screaming over excitedly. Let’s see if VR can do better than 3D that disappeared from IBC completely in little more than two years.
David Wood, Deputy Director or EBU Technology and Development, notes there are three key things to get right: technology (production, delivery, display, headsets), motion sickness (‘an Achilles heel’), and content. “Will it be fashion or fad?” he asked suggestively.

Apart from some specialist start-ups – VRtify was on the Espial stand and wants to become the Spotify of the festival VR world – it is still very much a case of an industry burnt by its experience with 3D. The common view is that this is still very early days for the medium and that if it does take off in television, the ultra-immersive experience will be value-add or a compliment to the main broadcast. In this way, VR lends itself better to occasional live music and sports events rather than a mass-market way of consuming long form content.